I only started this list because I couldn’t find one anywhere else. It’s not complete and likely inaccurate. I’m no expert on home video history. Proceed with caution.

What did I miss? Let me know.

From the mid-80s to the 2000s some home video companies released films, music, and other content in Video8 format alongside VHS, DVD, etc. Also known as “8mm video,” Video8 was developed by Sony and Kodak as a unifying format for recording and playing analog video. Numerous compatible electronics were released, including camcorders and 8mm VCRs. Though some studios were hopeful that prerecorded Video8 movies would replace VHS movies, eventually digital formats like DVD became the most popular.

For a somewhat obscure “dead format,” a surprising number of well-known titles are available on Video8 cassettes and can be purchased second-hand today.

Tapes listed here were distributed in North America unless otherwise noted. Years reflect a title’s original release date, not necessarily the Video8 release date. References marked with an “a” are archive pages.

In the late 80’s companies like Home Broadcast Network, International Video Network, Random House, and Videofashion announced that they would produce video magazines in 8mm video format. Actually finding one of these “videodicals” today is difficult, as is proving they ever reached production.

Some Video8 tapes were produced specifically for the airline industry as part of the in-flight entertainment offered to passengers.

The Finnish Canon Collection is a rare box set of ten popular films with Finnish subtitles that can be seen on eBaya and reddit.

The German Canon Collection is a nearly identical box set that can be seen on 007collector.com

The following titles were produced in Video8 in small quantities and without slipcovers for reasons unknown. They were never officially released in full production in Video8 format. 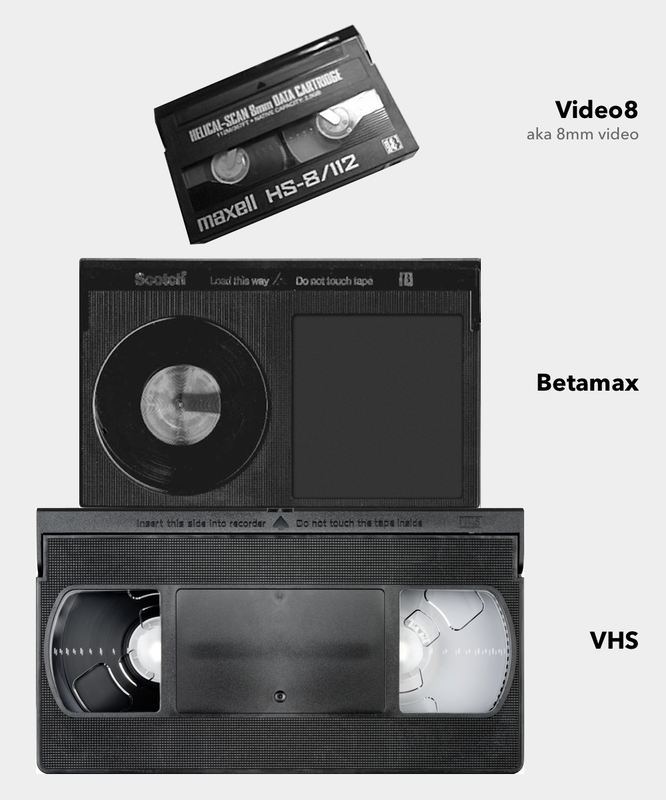 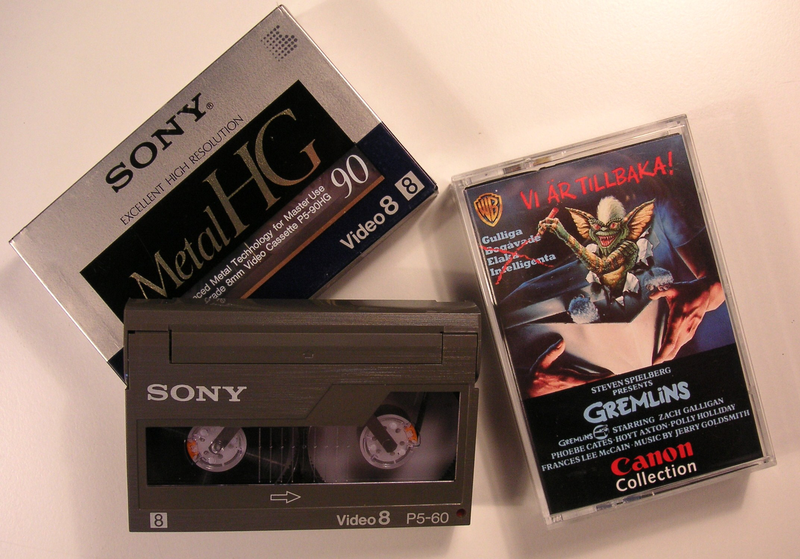 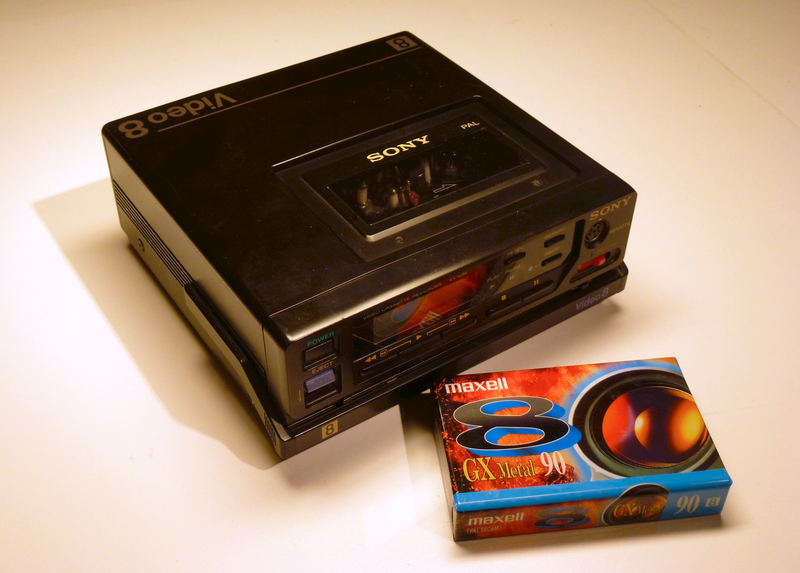 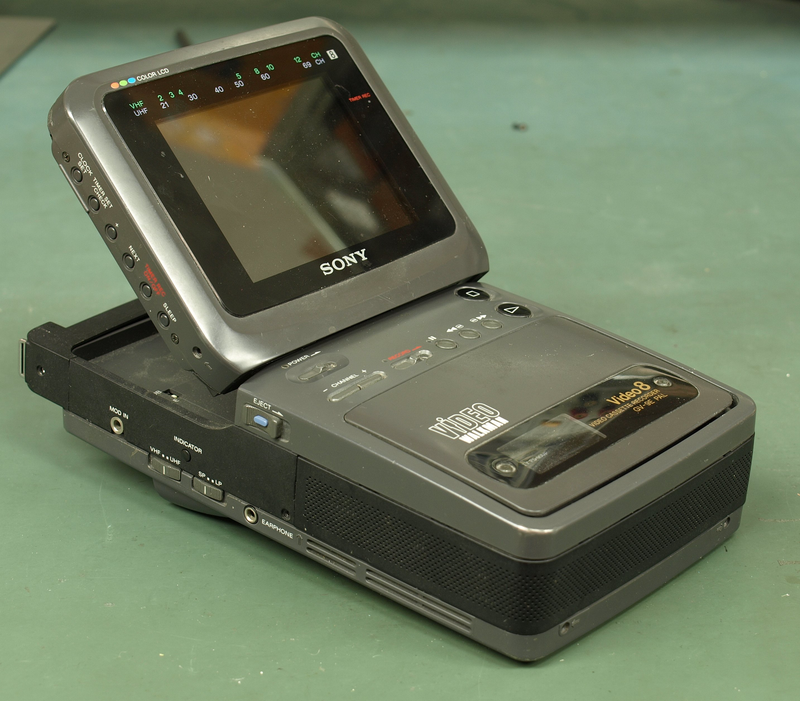 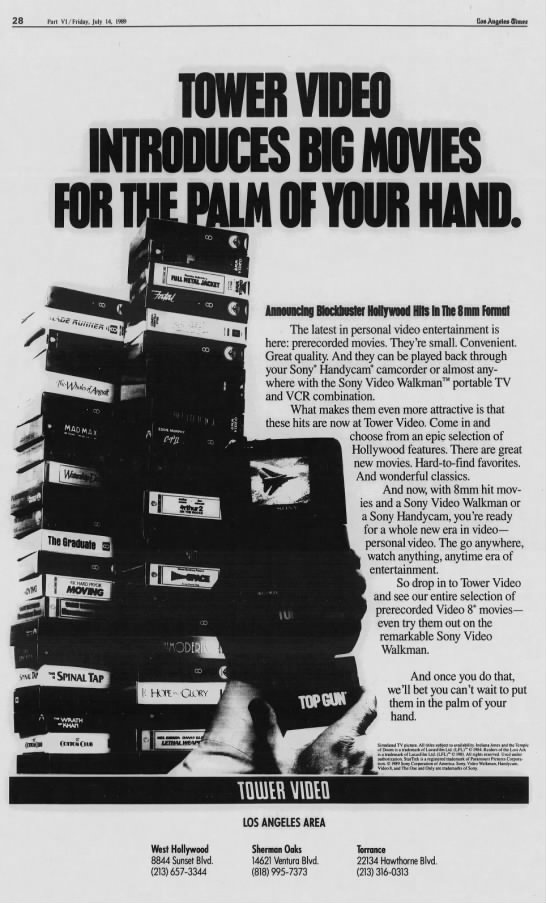 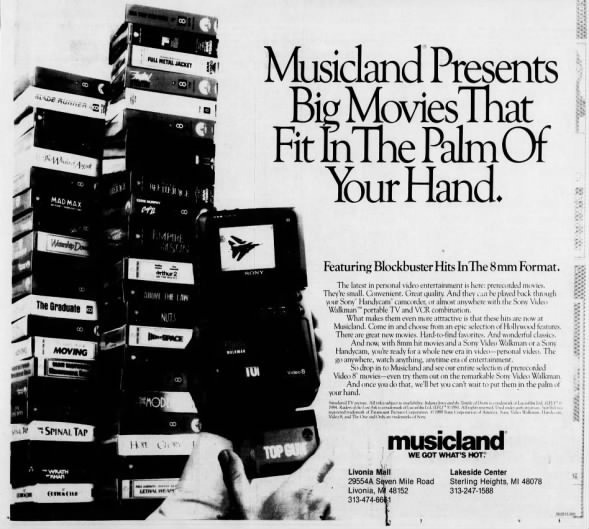 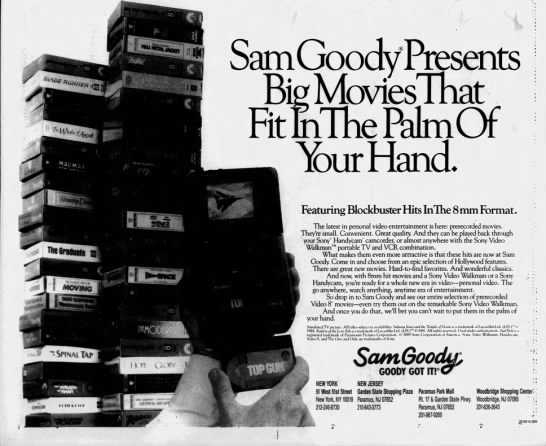 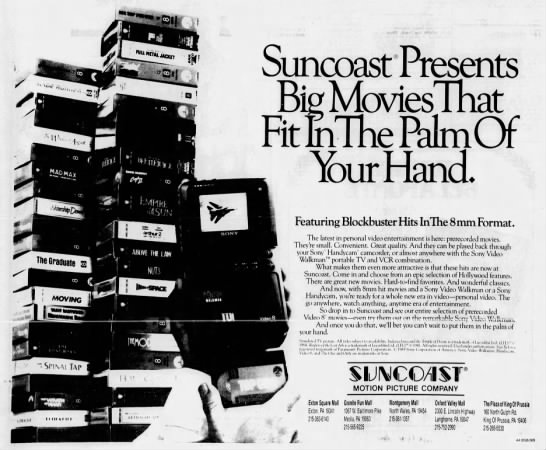 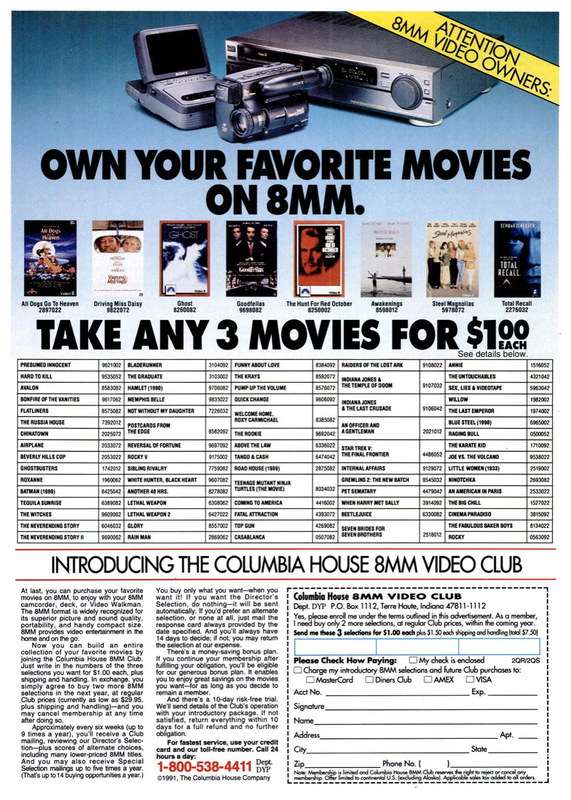 Highlighting has been added to some quotes for emphasis.

Do you have a question about any of this stuff? Ask me.